Elizabeth and Andrew, and the case of the missing earring

Yesterday when Andrew and I were just about home from our outdoor adventure, I for some reason reached up and felt my ear and noticed that one of my earrings was missing.  We were just heading home, Andrew had expressed that he was tired, wanted a tubby, and to cozy up on the couch with a snack and a movie.  His plan sounded perfect to me, after all that fresh (and COLD) air.
But I hate to lose things…Earrings are a bad thing to lose, since one gone renders the other basically useless.  If they’re studs and you have more than one hole, OK, you could still use one, but these were dangly earrings, and I always wear the same stud in my second hole.  (That sounded gross…I didn’t mean it like that…Yes, I have a dirty mind).
ANYWAY!  So I decided we had to go back and search for the earring, otherwise I’d be obsessing over where I’d lost it.  Andrew agreed, but only if I carried him the whole way!  So he spent half the time on my shoulders, and the other half with me carrying him in my arms because he was so tired and cold and wanted to rest his head on my shoulder.  ‘I’m just restin’, Mommy, not sleepin’!’ he told me.  I tend to prefer he not nap when we’re only a few hours before bed time, and he knows it!
He was a good sport about the whole thing.  Great in fact.  When he wasn’t ‘restin’’ he was ‘keeping his eyes peeled’ for the lost earring.  He seemed genuinely concerned for me.  ‘Are you sad, Mommy?  Was that earring special?’  I told him that it would be a shame to lose it, because I just got it a few weeks ago with a gift certificate I’d got for Christmas.  It has a matching necklace, and I’ve been wearing it a lot because it goes with everything.  He was very sympathetic and said, ‘I WILL find it, Mommy, don’t give up yet!’
We backtracked the entire way we’d came, which tacked on at least an extra 20 minutes of walking (me carrying an extra 36-ish pounds the whole way!)  But no such luck, the earring was nowhere to be found.
When we got home, Andrew suggested that we look again tomorrow.  I told him if it wasn’t a rainy day, we would do that.  So this morning, as it started to cloud over, I said we’d better head out soon if we’re going to find the earring before it starts to rain.  Andrew sat in his little red stroller, which we haven’t used in I can’t remember how long.  It was fun for him because it was a novelty, since we never use a stroller anymore.  He kept demanding, ‘Push me Mommy!  Faster!’ every time I stopped or slowed down to look in an area I remember stopping at yesterday.  It was so much easier for me with the stroller, not having to carry him so far.  I can and could do it, but it’s awesome if I don’t have to for that distance!
So off we went, quicker this time, eyes peeled to the ground.  Andrew made up stories along the way, elaborate ones about monsters and bad guys and the usual things he obsesses over.  I’m surprised he didn’t toss any pumpkins, ‘sketelons’, bats, or spiders into the mix today.  He has never gotten over Halloween!
We didn’t find the earring.  Andrew still holds out hope that ‘we will find it one day, maybe next time.’  I think it’s a lost cause, but I guess you never know.  It’s not that big a deal, as much as I love the look of them, they weren’t expensive.  And I can wear the necklace with other earrings, even if they’re not a perfect match.  I hate losing things, and it bugs me that I don’t know where it actually fell out, but in some ways it added to the adventure that Andrew and I had, and we made a point of having another adventure today in search of it again.  So when it comes right down to it, the missing earring wasn’t such a loss after all.
at February 28, 2012 No comments:

It was very cold today, but also sunny with a bright blue sky.  With having colds (James has it now too) we’ve (or at least I’ve) felt cooped up in the house, in need of fresh air and more natural light.  So this afternoon Andrew and I went out on an adventure (the way he says adventure is so cute, as well as the way he said, ‘Come on, Mommy, let’s go exploring!’ (which sounded more like ‘splornin’’) as soon as we were at the back steps (after about 15 minutes of playing with his bubble blower gun). 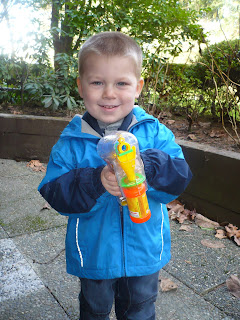 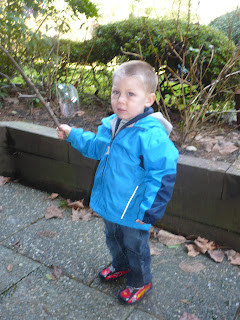 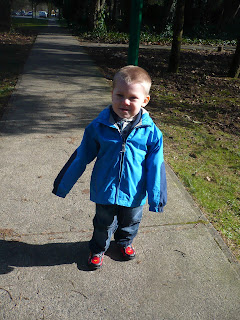 Recently I scored Andrew his very first, very own digital camera for $20 (regular almost double that), so it was fun to take that along with us.  I took pictures with my camera, and helped him take pictures with his.  It’s not very good quality, but for a first camera it’s great, and he loves the satisfaction of snapping the button and then checking out the image. 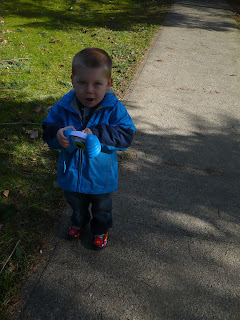 I didn’t want to take him to the park, since I didn’t want to run the risk of infecting other kids with his cold.  But we needed that time out of the house, to see something new (even if it was within our familiar neighbourhood) and to just enjoy the day.
We came across lots of people with their dogs, or just people out for walks like us.  Andrew isn’t the least bit shy, and says Hi and waves to everyone.  I love it, because I like promoting saying Hi to people as they go by – having grown up in a smaller city, it was foreign to me when I moved this way and people weren’t as friendly as I was used to.  Andrew even managed to get some people to say Hi who I suspect otherwise wouldn’t have, but who could resist that boy’s charm?! 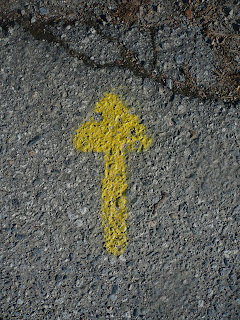 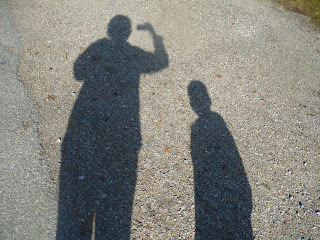 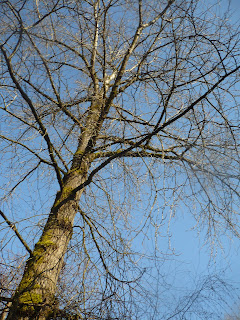 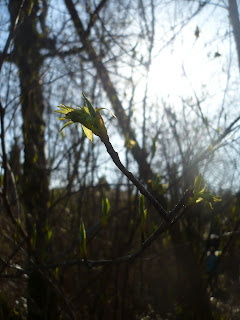 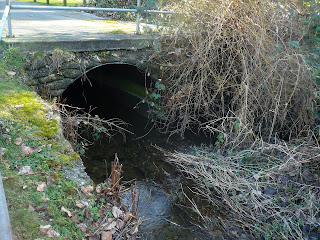 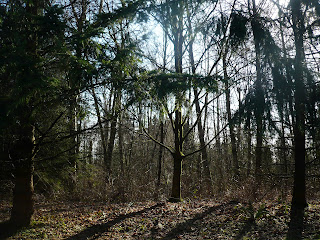 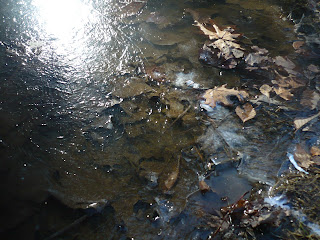 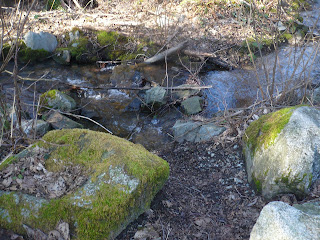 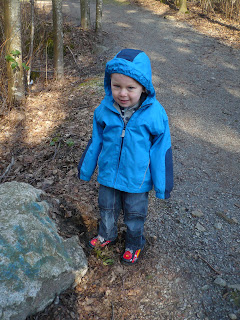 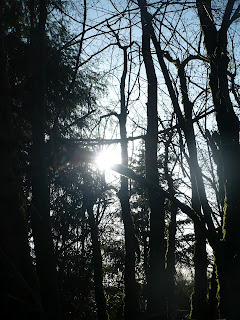 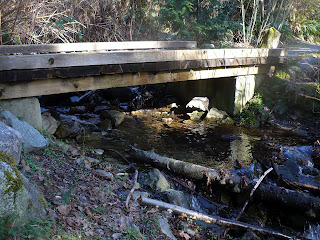 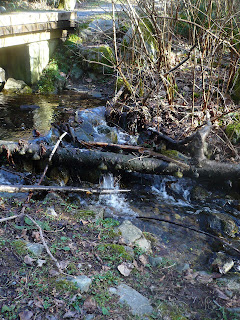 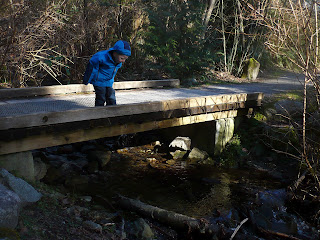 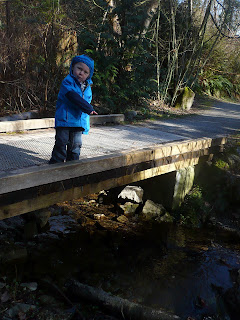 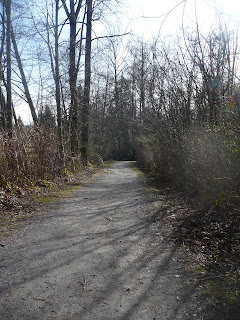 We took lots of pictures of random objects with his camera, and I got some cute ones of him with mine.  We were out for several hours just exploring the neighbourhood, and it ended up being a lot of fun.  Not that we don’t do that on a regular basis – get out and about – but there was something special about this particular excursion.  I guess we haven’t been doing as many nature walks given the cold weather, but I love knowing that spring is just around the corner, and we have so many days like today to look forward to.
at February 27, 2012 No comments:
Newer Posts Older Posts Home
Subscribe to: Posts (Atom)